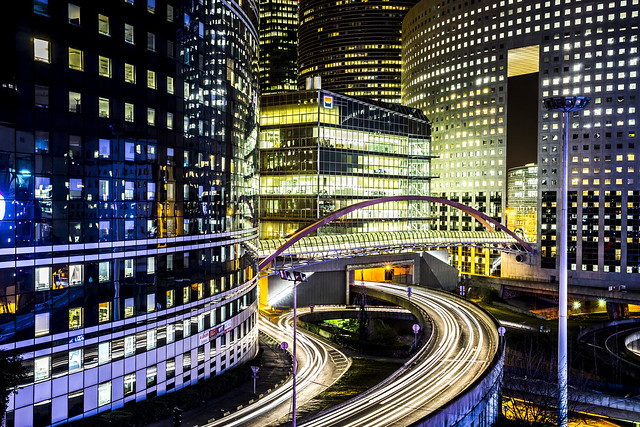 Yesterday night, right after leaving work, I took my camera and tripod with me and rushed to La Défense, the CBD of Paris, in order to try and capture this modern forest of glass and concrete bathing in the last beams of sunlight of the day. Unfortunately, I arrived a bit too late, and could only photograph the district by night, which is still enough, I guess, to take some stunning pictures if you take the time to get lost among the numerous passageways and footbridges scattered across La Défense.

I really think that this part of the city deserves some serious attention whether you’re living in Paris, or just as a tourist. At nightfall, the high glass buildings reflect the last rays of light of the day, and the scenery becomes mind-blowing. Then, when the sun is gone and the moon is the only glowing light that remains up in the sky, the buildings light up, and La Défense suddenly takes a futuristic look that provides a sharp contrast with the old Hausmannian architecture you normally expect to see in Paris. As if you had all of a sudden traveled through time, or to a foreign country. Finally, around 10 p.m., the streets get empty, and the deserted district becomes the perfect playground for the photographers who, like me, enjoy capturing long exposure sceneries and light trails meandering between the buildings. 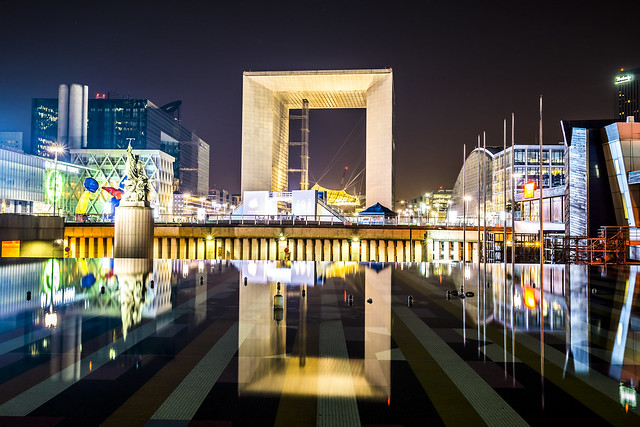 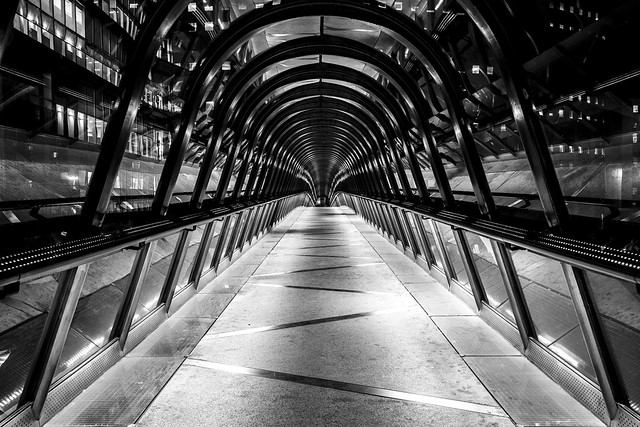 Note: Since most readers come from English-speaking countries, I’ve tried to write this article in English so that for once, they could read me and not get lost in this beautiful, but quite complicated, language that French is. Even though English is not my mother tongue, I hope I haven’t made too many mistakes, and hope you’ll enjoy this article, and help me correct it if needed.

2 thoughts on “La Défense by night (and in English)”