There’s nothing like walking along the Saône river in the early morning in Lyon to fall in love with the city. 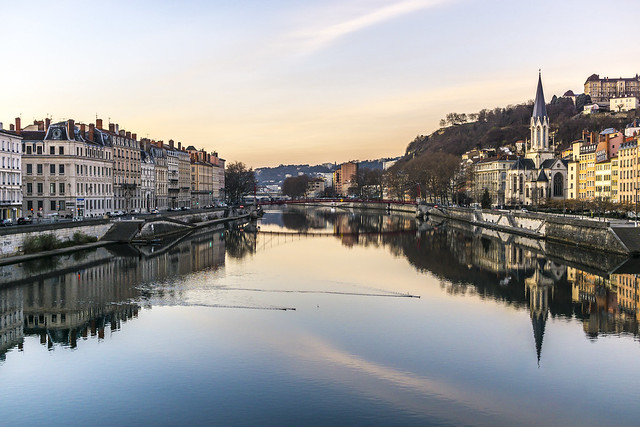 Two rivers run through Lyon : the Rhône, impetuous and spirited, which runs down from the Alps and its high and proud mountains, and the Saône, more gentle and quiet, which slowly runs down from the Vosges, a low mountain area located at the north of the Alps. This difference of character has had a remarkable impact on the organisation of Lyon : while the banks of the Rhône river have been converted into a mundane promenade in the last decade only, the banks of the Saône river have been inhabited for much longer, and they exhale a certain timelessness in the early morning that is quite unique.

Whenever I come to Lyon, I make sure I can spare some time in the morning to go up Fourvière Hill, see the sun rise, and then gently walk down the hill to Saint-Paul, cross the river, and walk along the Saône until I reach Saint-Georges district. Every time I do this, I feel like I discover the city for the first time again, and fall in love with it again without ever having fallen out of love for it though.

From the thin red metallic passerelle of Saint-Paul to the picturesque passerelle Paul Couturier that crosses the river between Presqu’Île and Saint-Georges, there’s not a moment in my walk when I feel there’s something amiss in the atmosphere and the landscape that lies before my eyes. The old Renaissance buildings of Lyon perfectly cast their colourful facades in the waters of the Saône river, which turns into a mirror for the city. The Palais de Justice, the cathedral Saint-Jean, Saint-Georges and Saint-Paul, all seem to be duplicated in an ephemeral second reality encompassed in the still waters of the river, waiting for the city to wake up before it disappears suddenly as the wind comes up.

I think I will never get tired of walking along the Saône river in the morning, be it in wintertime when the weather is cold, or in summertime, when the sun rises around 6 a.m. And I’ll probably never fall out of love for Lyon, where I wish I can grow old someday. 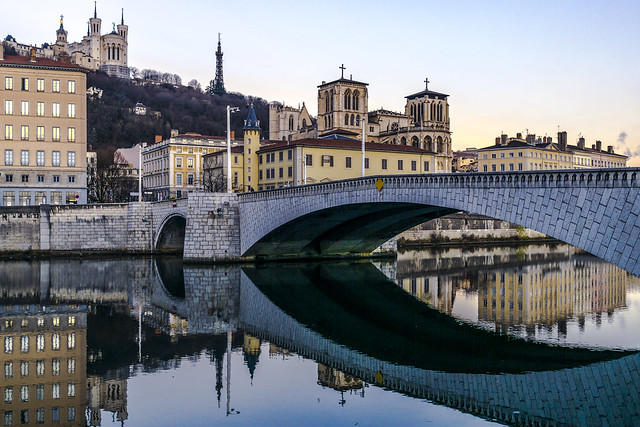 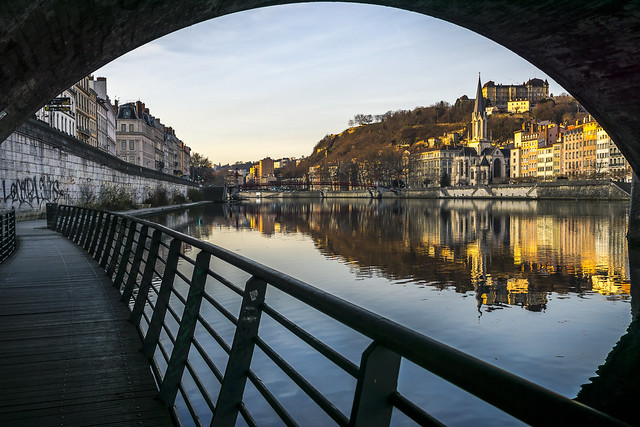 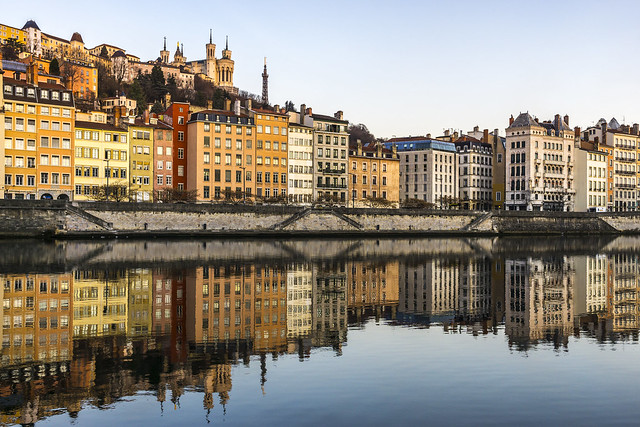 Read the following articles if you want to know more about Lyon and the Saône river :