Amiens, the capital city of the Somme and of Picardy, is not the typical city you would think of visiting when you plan for your holidays. And yet, it would be a pity to miss all the treasures it has to offer : its magnificent cathedral that has the greatest interior volume of any French cathedral, its peaceful and scenic channels, and overall its friendly atmosphere make it a worthy destination for a couple of days.

If you’ve read my blog for more than year, you might remember that I had made a list of the cities in the vicinity of Paris that I wanted to visit. Rouen was first on my list, and was absolutely worth it. Then came Orléans, the other main city in the Joan of Arc saga, and the city of my early childhood. Though it is not as impressive as Rouen, it was definitely a great visit, and one you should not skip if you ever get the chance to go from Paris to Pays de la Loire. A month ago, I visited Chartres, which I liked so much that I’m planning to visit it again. Amiens was fourth on my list, and it was high time that I finally visited it.

Amiens is not very far from Paris. It’s only 150 km north of Paris, and it only takes on hour by train to get there. There are trains almost every hour departing from Gare du Nord, even on Sundays, and the rates are quite low, so you can decide to go there on the spur of the moment (that’s ok, I’m actually often guilty of that, so I can sympathise).

When you arrive in Amiens, as the train enters the station, the tall square shape of the Perret Tower, which used to be the tallest skyscraper in Western Europe in the 60s, and the massive choir of the Cathedral Notre-Dame d’Amiens soar through the horizon in the distance, all the more so that the rest of the city is quite flat otherwise. The advantage is you don’t need to ask for directions when you arrive: just follow the spire of the cathedral.

Of course, visiting the cathedral was the first thing I did. Since I arrived at around 12:30, the place was quite empty : most tourists were having lunch on the banks of the Somme river, which is down the hill where the cathedral is located, so I could visit the interior of the cathedral with all the tranquility I could have wished for.

The first thing that struck me was how richly decorated the main facade is : Gothic architecture is generally means rich adornments, of course, but I had never seen a facade so full of statues and carved biblical scenes, save maybe in Rouen. Even from the top of the Belfry of Amiens which is some hundreds meters far from the cathedral, the walls of the Notre-Dame d’Amiens look like they are made of delicately chiseled white paper. The cathedral took almost 200 years to build (between 1220 and 1406 according to Wikipedia) : the front of the cathedral was quite fast to build, and the two towers came later. Last, the spire was added some centuries later, between 1529 and 1533. Quite an achievement!

The interior of the cathedral is nothing short of breathtaking. With its high ceilings, its long nave and its wide windows, a deep sacred feeling hovers over the heads of the visitors when they first enter the building.

On the ground, like in Notre-Dame de Chartres, you can find a labyrinth with the names of the architects of the cathedral carved into the central octogonal stone. I didn’t know why such labyrinths existed, neither why I hadn’t seen them in other cathedrals but those of Amiens and Chartres, and the explanation is quite interesting : when people couldn’t go on pilgrimage to Jerusalem, they used to follow the labyrinth on their knees to be rewarded with indulgences. Most labyrinths disappeared as such practices became outdated and even condemned by the Catholic Church. The one in Amiens was destroyed in 1825, for instance. It was yet later rebuilt in 1894.

Around the choir, like in Notre-Dame de Chartres again, chancel screens dating from the 15th and 16th centuries tell the stories of Saint Fermin of Amiens, the Saint who evangelised the city, and other biblical stories. They also include the tomb effigies of important local canons and bishops.

Last, the main organ, which is one of the oldest still standing in France (1422), is a masterpiece that doesn’t cease to amaze, especially with the main rose of the nave crowning it like a rising sun.

Though the Cathedral Notre-Dame d’Amiens is the main jewel of Amiens, it is not the only place worth a visit. The other marvel of Amiens is its old Saint-Leu district located on the banks of the Somme river, that has been divided in numerous channels as it crosses the city.

The Somme river is quite a peaceful river, especially in Amiens. Therefore, there’s a serene atmosphere in this part of the city that is captivating. With the old houses that remain (60% of Amiens was destroyed during World War II, unfortunately), and the colourful facades of the tiny individual houses of the district, it is a charming place to visit. Though I think calling it the little Venice of the North is a bit exaggerated, it is true that is has a lot for it, and makes Amiens a very pleasing city to visit. As I was wandering along the banks of the Somme river, I couldn’t help but think about how charming Amiens must have been before the war. Fortunately, the cathedral and Saint-Leu were saved.

At sunset, the main square of Amiens, Place du Don, fills up with local people who come to enjoy a drink or two along the channels of Saint-Leu and near the Cathedral. Quite a nice way to end a Sunday, before starting another week. Cheerful conversations chinking of glasses and chattering of birds echo in the air as the temperature goes colder and the light of the day is slowly replaced with the lights of city.

All in all, I really enjoyed Amiens. As always, I was a bit scared of not liking it when I booked my tickets. Spending a whole evening in a city you don’t enjoy sounds dreadful to me. Fortunately, it didn’t disappoint. With the tragic events at Notre-Dame that happened recently, I think many people will become more interested in cathedrals, and Notre-Dame d’Amiens, and the whole city, should benefit from it. That’s all I can wish for a city full of charming treasures.

10 thoughts on “An afternoon in Amiens” 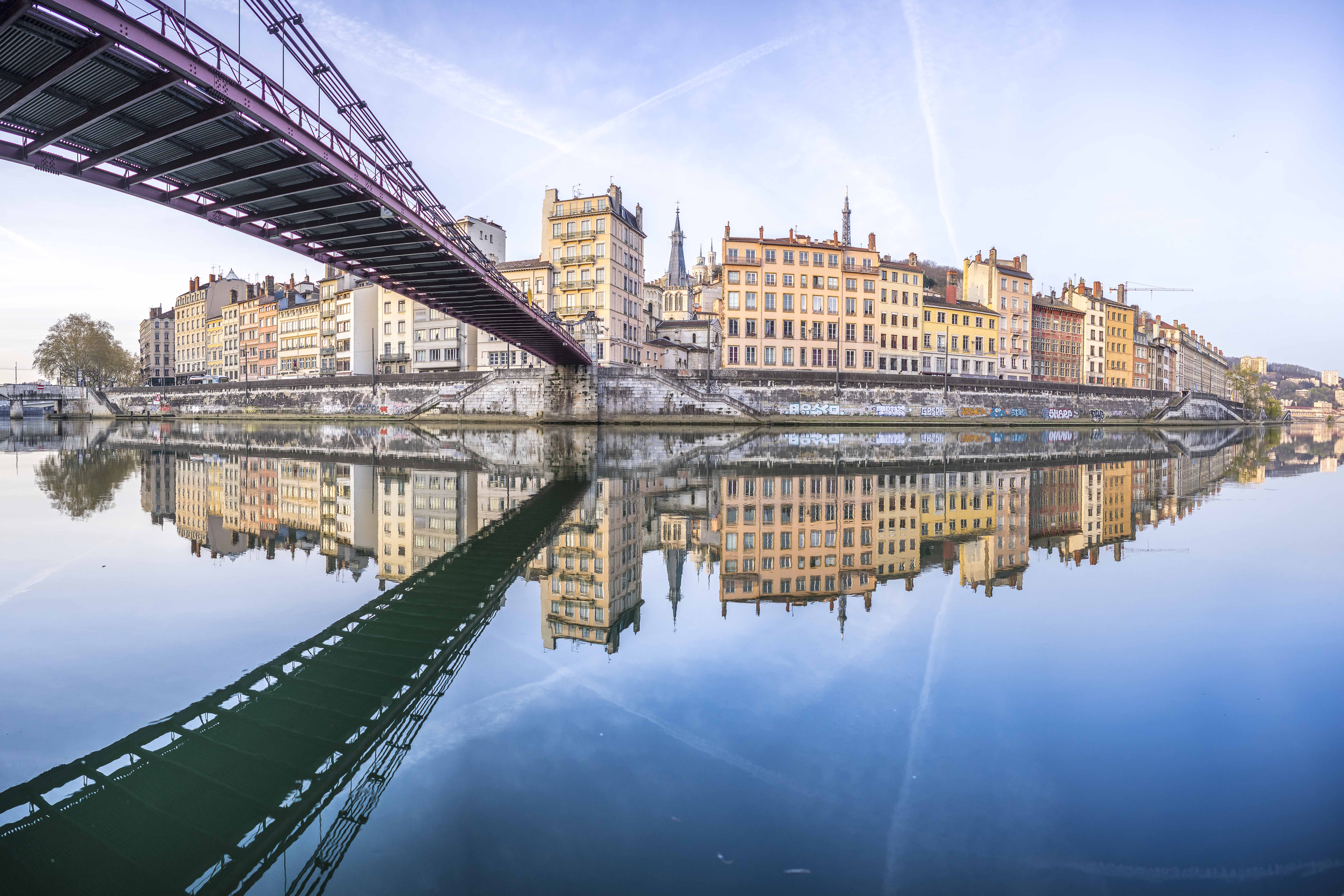