A short guide to surprising stairways and hidden traboules of Lyon. 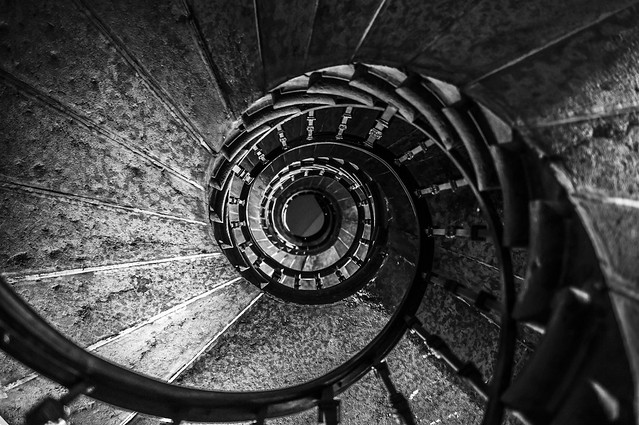 Spiral staircase, Maison Thomassin, 2 Place du Change, Vieux Lyon, at the back of the inner courtyard (open in the morning only, press the service button to enter)

If you ever visit Lyon, there’s one activity you definitely shouldn’t miss : visiting the traboules of Lyon.

Traboules are passageways in-between buildings leading from one street to another. Though you can find such passageways in many cities, Lyon is the only one counting so many, to such an extent that it is said you can cross the old city without ever needing to walk in any of its streets.

Such passageways used to facilitate access to the Saône river in the Vieux Lyon district, and were later used by canuts (silk manufacturers from Lyon) to dispatch their merchandise throughout the city. This is why you can find them in the Vieux Lyon district, where the canuts used to live, and in the Croix-Rousse district, where the canuts moved at the beginning of the XIXth century due to the invention of Jacquard looms, which required higher height under the ceiling than what you could find in Vieux Lyon’s buildings. However, other traboules may be find on the Presqu’Île district, particularly between Bellecour and Les Terreaux : if you ever have the time to visit them, do it for some of them also are incredibly beautiful.

Traboules generally host beautiful wells, and, above all, some incredible stairways, to such a point that it wouldn’t be a dishonest exaggeration to call Lyon the capital city of stairways. In Vieux Lyon, you will mostly find old stone spiral staircases. By contrast, in Croix-Rousse, the traboules are more recent, and rectangular staircases are the norm, though there might be some exceptions sometimes.

Even though this list is not exhaustive (I will complete it later this year, when I come back to Lyon), you will find below a little guide to some of the traboules that have the most beautiful staircases in Lyon. I hope it will be useful to you if you ever intend to visit the city, which is a must-see when travelling to France. 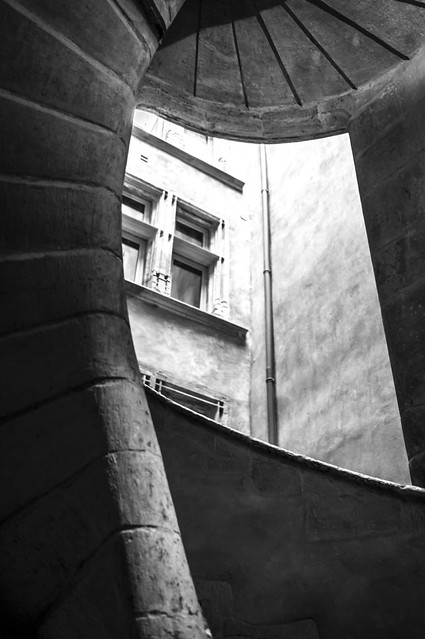 Spiral staircase, 10 Rue Lainerie, Vieux Lyon (open in the morning only, press the 0 button of the door code to enter) 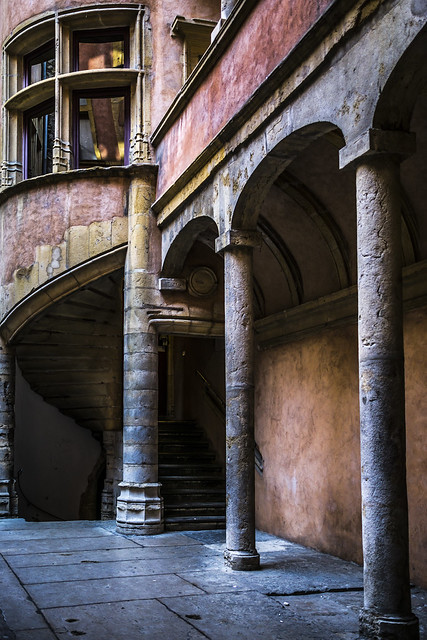 Traboule, 27 Quai Saint-Antoine – 58 Rue Mercière, Presqu’Île. Located in the inner courtyard of a restaurant. Do not hesitate to push the door even if it seems closed. One of my favourite traboules in Lyon. 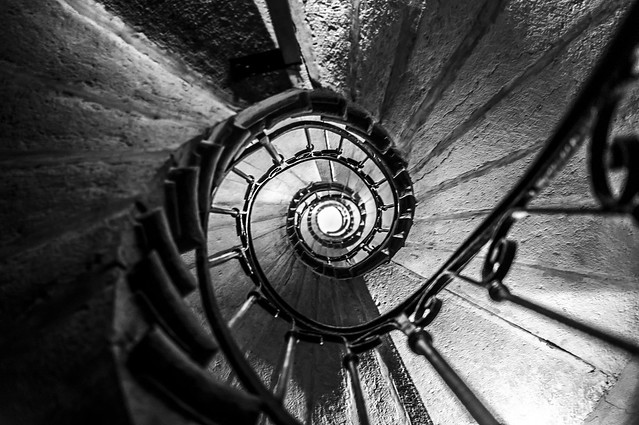 Staircase, 18 Rue Saint-Jean, Vieux Lyon (open in the morning only, press the service button to enter). 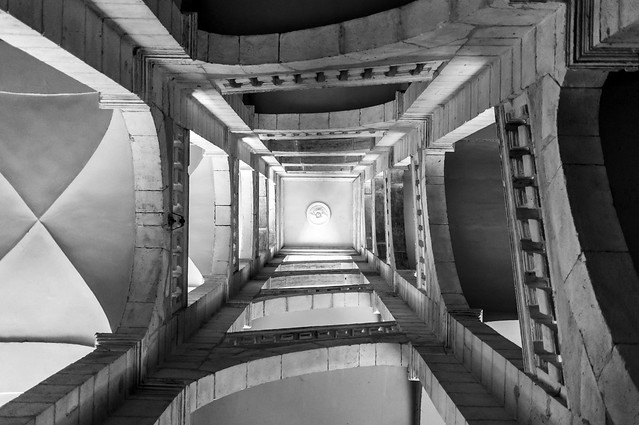 Rectangular staircase, 5 Petite Rue des Feuillants – 4 Rue de Thoux, Croix-Rousse. Should normally be open all day, but the inhabitants don’t always abide by this rule. If so, wait for the postman to come.

8 thoughts on “Lyon city guide : 5 traboules you must visit”